Gliomas, the most common form of brain tumors of the adult CNS, originate from neuroepithelial tissue and are classified morphologically as astrocytic, oligodendroglial, ependymal, and choroid plexus tumors. Glioblastoma multiforme (grade IV astrocytoma; GBM) is one of the most aggressive forms of brain tumors and a primary area of focus for the Neurooncology Group at MSCTR.

Gliomas, originate from the neuro-epithelial tissue and are classified morphologically as astrocytic, oligodendroglial, ependymal and choroid plexus tumors. Glioblastoma multiforme (grade IV astrocytoma; GBM) is one of the most aggressive, invasive, and destructive malignancies and has attracted clinical attention globally. In addition to uncontrolled proliferation and diffuse tissue invasion, neuro-degeneration is another attribute and a hall mark of malignant gliomas, the mechanism of which is poorly understood. Thus, there may be several processes that may be common between gliomas and neuro-degenerative disorders.

The focus of the Neuro-oncology Group at MSCTR will be:

We envision implementation of the two arms in parallel, through a multi-disciplinary team effort, involving basic scientists with expertise in high throughput technologies, cell biologists, clinicians and informaticians. Embedded in these efforts will be the mission of mentoring young clinicians and research scientists who will lead MSCTR both as independent scientists and as a well-coordinated team directed towards improved neuro oncology practices. This will ensure continued institutional efforts. Gliomas, particularly Glioblastoma, are one of the most targeted tumors in clinical oncology research globally. Hence, the center will aim for networking with other national and international clinical centers in our efforts to formulate pioneering treatment models for malignant Glioblastoma. 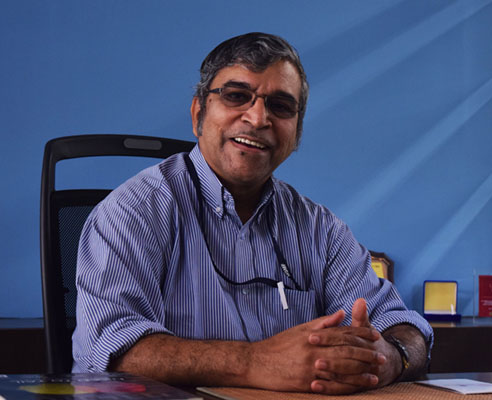 Dr. Ravi Sirdeshmukhholds a joint appointment as Principal Advisor, Neuro-oncology Research at MSCTR. His research interests span in the areas of protein and nucleic acid biochemistry and his earlier work included RNA processing, mRNA stability, structure-function relationship of ‘ribonucleases’ and their regulation. More recently his interests have been in the areas of Proteomics of gliomas – a major class of brain tumors and Head & Neck cancers. He has trained and mentored a number of young associates, Ph.D. students and post-doctoral fellows. At MSCTR, he is spearheading translational research programs in brain tumors. 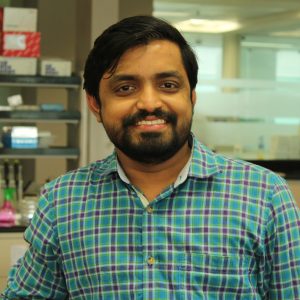 After obtaining his Masters Degree in bioinformatics from Amrita School of Biotechnology, Kerala, he worked as a research fellow at St. John’s Research Institute, Bangalore. He also worked as a scientist at Strand Life Sciences, Bangalore. His expertise include analysis and interpretation of NGS and other omics data. Currently he is working on identifying molecular markers for brain, head and neck and breast cancers through development of proteogenomic and other multi-omic approaches..

After obtaining a Masters Degree in Bioinformatics she worked as a Bioinformatics Analyst for KovidBioAnalytics, Pune, where she worked for various universities providing services like NGS analysis and algorithm development.  Currently she is working as a Senior Research Fellow and her work includes developing bioinformatics pipelinefor integrated multi-omic dataanalysis for the neuro-oncology group. 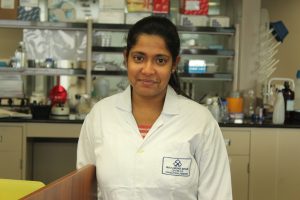 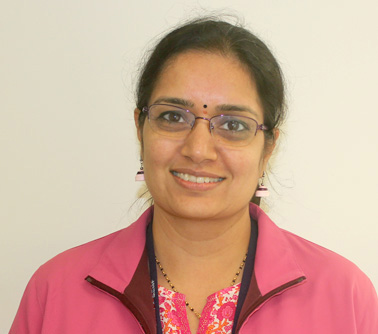 Savita Jayaram obtained her M.S. degree in Molecular Genetics from Georgia State University, Atlanta and M.Sc. degree in Biochemistry from Hyderabad Central University, India. She has extensive experience in data annotation, data mining and use of bioinformatics software and worked at Iconix Biosciences, California; Nuvelo Inc., California; Accelrys Inc. and Strand Life Sciences. She is currently pursuing Ph.D. at Institute of Bioinformatics (IOB) under the supervision of Dr. Ravi Sirdeshmukhand her focus is multi-omic data analysis, data integration and deciphering altered signaling events for biomarker insights in Glioblastoma.

Yogesh P, B.Tech. Biotechnology
Project Assistant
Mr Yogesh obtained his Bachelor’s Degree in Biotechnology from VIT University, Vellore, Tamilnadu, India. He is currently working as a Project Assistant. His current work primarily involves collecting tumor samples of Neuro-Oncology patients, processing of patient blood samples and storage of samples. He is also the Overall-In-charge for the Biorepository here in MSCTR.

Raksha A. Ganesh, MSc
Senior Research Fellow
After obtaining her Masters degree in Genetics from University of Mysore, she joined Center for Cellular and Molecular Biology, Hyderabad as a Junior Research Fellow, where she worked primarily on Functional Genomics and Cancer drug discovery. Currently she is pursuing Ph.D. and is a recipient of Senior Research Fellowship from ICMR. Her work constitutes developing a draft pathway map of an orphan GPCR in Glioblastoma multiforme through experimental and bioinformatics approaches.